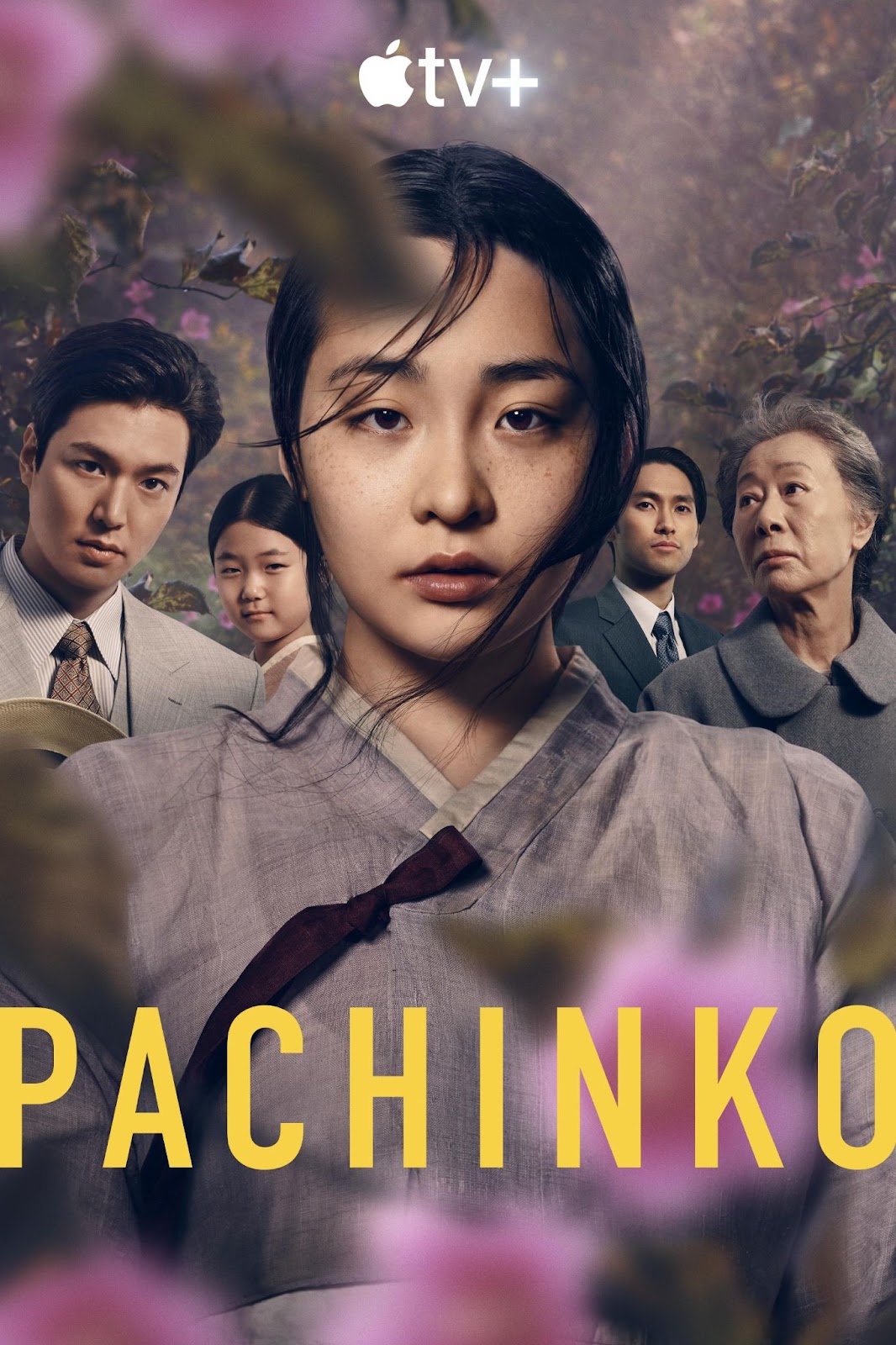 I recently finished (in one day) watching Pachinko, a series based on the book of the same title. Part of me is still reeling from it. It is the best piece of media I have seen so far. And people who really know me know that I am deeply affected by many things, especially movies. I had seen the trailer and behind the scenes before starting the series, which was gripping- cinematically. Also, Lee Min-ho stars in it.

In the first episode, the information about Min-ho’s character impregnating his female counterpart- Sunja, and that not ending well for her, kept me going; I patiently waited for his character to enter. I enjoyed their meeting, sometimes seeing myself in Sunja, and feeling a deep sadness knowing what was to come. There’s more though, stories in different periods, cities, languages, and lives. This is foreshadowed in the opening credits of every episode “Pachinko is presented in its two original languages, Korean and Japanese.” And throughout the series, the colors yellow and blue represent each of these languages. In one scene, a Korean Zanichi, living in Japan says the word mother in Korean, while the remaining dialogue is in Japanese. The scene is endearing, to say the least. After Japan’s occupation of Korea ended, many Koreans remained in Japan, where they were seen as outsiders.

“Although Koreans in Japan prior to World War II suffered racial discrimination and economic exploitation, the Japanese authorities nonetheless counted ethnic Koreans as Japanese nationals and sought to fully assimilate Koreans into Japanese society through Japanese education and the promotion of intermarriage. Following the war, however, the Japanese government defined ethnic Koreans as foreigners, no longer recognizing them as Japanese nationals” (Moon, 2010).

In a way, the series is about Koreans suffering, during and after Japan’s occupation.

The series educated me about the history of Japan and Korea. But more than that, it solidified my awareness of how bad colonialism and imperialism is. It doesn’t always feel good to have your views strengthened and validated. The Koreans I and many around me know of and see as good-skinned, plastic surgery-infused people once suffered during Japan’s occupation, from 1910 until 1945. Moreover, my idea of colonialism was dominated by British colonialism, ever so fascinated with India and Pakistan and their people. In one scene, a Korean, sub-class citizen living in slum-like conditions in Osaka says something along the lines of how they (Koreans) drink and beat their wives and kids to cope with the fact that outside their homes, the Japanese will always remain superior. Other scenes remain equally powerful. Naomi, one of the few Japanese characters and the only woman holding a non-secretarial job in the series, in 1989 Japan, professes that she works at Shiffley not because it is one of the top firms. The scene (in Japanese):

Solomon: Why are you here then? You’re from a good school, a good family.

Naomi: Smiles and nods. Yes, because of that, I was sought after by all the top banks in the country. But against my parent’s wishes, I chose Shiffley’s. You see, as a woman, it helps to be surrounded by those less accomplished. Here, I can rise.

The series made me think about myself, my past, and history, especially about my grandfather who in reality I know very little of. He passed away when I was in grade two. The tale about him is that of rags to riches, how he came to Bhutan to work on the roads from Nepal, and that overnight or with time, depending on how I like people to perceive the story, became rich. Even today, my grandmother will bring him up, reminding us that all we have and can do is due to him.

Further, it made me think about my struggles growing up. I could relate to Solomon, a third-generation Zanichi, and his need to fit in by “being better” than his old self, by acquiring more social status and material wealth. Part of the reason why I set my eyes on attending university in America is because many kids from affluent backgrounds were also heading there, or had gotten degrees from there. I think I saw this as a way to catch up with that world. I felt a strong need to be accepted into certain groups, but I was never accepted, being that I never belonged there, which I now know. In the series, Solomon only has one friend, a Japanese, (besides his father’s girlfriend’s daughter) who looks down on him. One is never quite sure if he is actually bothered by this.

Solomon also reminded me of people who were once in my life including people who caused me harm; it made me think if they too experienced similar things, as well as other people who I had not met or know of. Pachinko left me thinking about all of our lives. Watching it, I felt compassion for the collective pain that so many of us share.